In May 2016 ethnomusicologist Wouter Swets from The Hague passed away shortly after his 86th birthday. Wouter collected, studied and played the musical tradition from the Balkans and Turkey to Central Asia. His collection is preserved and will become accessible for research at Leiden University Libraries..

From records to musical instruments

Wouter Swets was widely respected and his knowledge was and still is being passed on. Thanks to the efforts his friend Roland Abel, the extensive collection of Wouter is now donated to Leiden University Libraries in order to make further research possible. The collection consists of ten meters of books, 500 records, 1200 CDs, cassettes, tapes, written songs and even oriental musical instruments . To support the accessibility of the collection for research, an amount of € 10,000 has been donated. To stimulate further research using this collection, another amount of € 10,000 over a period of 3 to 4 years is made available for a Wouter Swets Fellowship in the future. 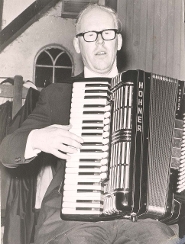 As a child of an Indian planters family in The Hague Wouter Swets was destined to become a lawyer, but he chose for a study Musicology in Utrecht. Already in the 50s of last century – when the concept of world music did not exist yet, let alone be popular - he traveled around the Balkans in search of the authentic folk music which was then also already starting to disappear under Western influences. His quest led him to the Ottoman court music, and at last to the music of Central Asia. He was financially independent, never held an employment and therefore could freely practice his passion. 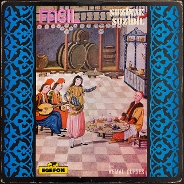 Wouter scrutinized the endless subtlety of oriental microtonality and signatures like no other, and he set as a goal to share this knowledge to a wide audience with for example two radio series for the KRO in 1962 and 1981. He had high expectations, not only from himself but also from his audience. With his tall figure, snow-white hair and creaking voice he could unintentionally seem a bit like a schoolteacher.

For Wouter music theory and practice were inseparable and he led two ensembles: Čalgija (1969 to 1995) and after that al-Farabi. During his concerts music was always alternated with mini lectures. With the same care as for a precious, but endangered immaterial heritage, he reviewd  the folk music and non-Western art music in the magazine Look for more than thirty years.

Listen on YouTube Wouter Swets and his ensemble Čalgija during an edition of the Macedonian Folk Ispaiče (1990).